Technology, Automation & Management, Inc. (TeAM) was founded in 1985, by Mr. Charles Davis, on the principle that innovation, quality service, and client satisfaction are the keys to a successful business. Through the years the senior leadership at TeAM have consistently applied this principle to ensure that our corporate reputation remains synonymous with Competence | Integrity | Accountability.

Mr. Charles Davis, Founder/CEO
Mr. Davis has more than 30 years of experience managing and performing in functional and technical system engineering and engineering environments. Since TeAM’s founding in 1985 he has led the corporation. His career has progressed from USAF Communications Technician to Business Unit Director, to President and CEO of TeAM. Mr. Davis has positioned TeAM as a reliable leader in program management and technical and functional systems engineering environments. He led the organization to its first ISO 9000:2008 certification in 2010 for which TeAM successfully passed its re-assessment each year and in December 2017 he has worked with corporate staff to upgrade this standard to ISO 9000:2015. Additionally, he has overseen two successful DCAA audits. TeAM has successfully supported multiple facets of the DoD IT across multiple agencies, environments and platforms under Mr. Davis’ leadership.

Mr. John Edgar, TeAM’s Vice President (VP) of Strategic Planning
Mr. Edgar has more than 40+ years of experience managing and performing in program management and technical/system engineering environments. He has served continuously with TeAM for almost 20 years starting as a Test Engineer and rising through a series of assignments for various DoD customers with increasing responsibility until he assumed his current position. He is responsible for managing multiple Indefinite Delivery Indefinite Quantity (IDIQ) task order contracts as well as leading numerous corporate proposal development efforts resulting in corporate revenue growth. Prior to coming to TeAM in 1998, Mr. Edgar held profit and loss responsibility in several professional service companies. He served 26 years in the United States Air Force retiring as a Colonel (O6) following a series of diverse assignments culminating as Command-Level Director of Acquisition Programs. He holds multiple advanced degrees including PhD equivalent Engineer in Aeronautics and Astronautics (E.A.A.), MIT and an MBA, Auburn University. His also holds several DAWIA Level 3 certifications as well as Project Management Professional® (PMP), and Information Technology Infrastructure Library version 3 (ITILv3).

Mr. Gerald Blackman, Director of Business Development/Southwest Region
Mr. Blackman has more than 20 years of experience managing projects and program supporting the Department of Defense. Both as a uniformed member of the US. Air Force (Retired) and as a contractor. He holds a dual Master’s Degree in Business Managing and Computer Resources Information Systems and he is currently pursuing a MBA in Project Management. He has been a major contributor to TeAM’s success since 2011 in the role of Director of Southwest Business Development. Mr. Blackman has played a vital role managing TeAM’s Medical Education and Training Campus (METC) contracts supporting the Defense Health Agency (DHA). Mr. Blackman has recently played a significant role helping TeAM achieve CMMI Dev Lev 3 appraisal.

August 16, 2017, Technology, Automation and Management (TeAM) Inc., announced today that it has been successfully appraised at Level 3 of the CMMI Institute’s Capability Maturity Model Integration (CMMI)®.  TeAM reached this milestone for its IT Infrastructure Design and Development operations. The appraisal was performed by Advanced Network Technology Solutions Inc.

CMMI is a capability improvement approach that provides organizations with the essential elements of effective processes that ultimately improve their performance. TeAM recognizes the value of CMMI in improving its performance, processes, and procedures. Charles Davis, TeAM President and CEO, acknowledged that achieving this level of CMMI process maturity makes TeAM more competitive. The Level 3 appraisal enhances their capabilities with an additional best practices approach for consistent and predictable delivery of products and services.

“Consistency in delivery drives cost savings all around,” Davis said. “Using the CMMI framework to standardize our processes ensures that best practices are captured, shared, and adopted so that not only TeAM benefits from improved efficiencies, but our customers as well.”

An appraisal at Maturity Level 3 indicates that the organization is performing at a “defined” level. At this level, processes are well characterized and understood. They are described in standards, procedures, tools, and methods. The organization’s set of standard processes, which is the basis for Maturity Level 3, is established and improved over time.

ABOUT CMMI® Institute
The CMMI Institute (CMMIInstitute.com) is the global leader in the advancement of best practices in people, process, and technology. The Institute provides the tools and support for organizations to benchmark their capabilities and build maturity by comparing their operations to best practices and identifying performance gaps. For over 25 years, thousands of high-performing organizations in a variety of industries, including aerospace, finance, health services, software, defense, transportation, and telecommunications, have earned a CMMI maturity level rating and proved that they are capable business partners and suppliers. To learn more about how CMMI can help your organization elevate performance, visit CMMIinstitute.com. 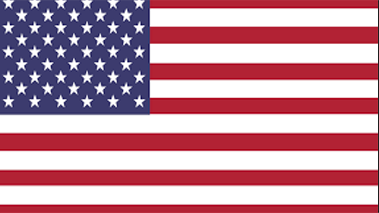 May 29, 2017, At TeAM, Memorial Day is never simply a day off. For TeAM employees and our CEO, Air Force veteran Charles Davis, it’s a reminder.

It was a day for hearts – both of the anthropomorphic, googly-eyed set and the vital, real ones thumping away.

At TeAM, Valentine’s Day wasn’t just a holiday of saccharine treacles of sentimentality and mylar balloons; it was a day for giving. TeAM’s Spirit Committee turned the holiday of couples and cartoonish hearts into a fundraiser, hosting an all-day bake sale in our Fairview Park (Falls Church, VA) office. The bake sale benefitted the American Heart Association (AHA).

The Spirit Committee, who regularly schedules TeAM’s happy hours, guest speakers, and other company events, received more than two dozen dessert entries. They turned enough calories to give Little Debbie a sugar rush into a treat for one charity.

The bake sale raised over $200 for the AHA, with the amount still rising and pledged donations still coming in. As is company habit, all donations will be matched by TeAM CEO Charles Davis.

“We believe in giving back, and in doing so in ways that reflect our employees’ interests and needs,” Davis said. “We are proud of the Spirit Committee for exemplifying TeAM’s others-first attitude.”

The February bake sale is the latest success for the Spirit Committee, which has raised more than $4,000 for charity in recent months.

The American Heart Association was the recipient of this event’s charity, a natural tie-in with Valentine’s Day and an important charity to several TeAMmates touched by cardiovascular disease and stroke.

(Bowers picked up one more honor for the resume Thursday as well, when her entry won the prize for top dessert.)

Previous charities have included the Leukemia and Lymphoma Society, as well as TeAM’s own corporate charity, the LUKE Foundation, which facilitates literacy and improved reading habits among at-risk youth.

But, on Valentine’s Day, it was a matter of the heart. And the sweet tooth.